French label Louis Vuitton has just released its own entry into the category, the Tambour Horizon. Created in partnership with […]

French label Louis Vuitton has just released its own entry into the category, the Tambour Horizon. Created in partnership with Google and Qualcomm, it was designed to serve the world traveler—Vuitton’s core customer—but will of course appeal to certain shoppers who want a smartwatch with the Louis Vuitton branding and prestige. Shoppers will have to pay for it, though: Depending on which version you choose, the watch costs anywhere from about $2,450 to $2,900. 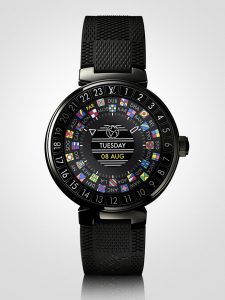 The Tambour Horizon is based on Louis Vuitton’s Tambour series, which launched the company’s foray into watchmaking 15 years ago. It allows you to select the digital face you want, has 30 easily interchangeable straps for men and women, and does all the standard smartwatch things: notifies you of calls, texts, and emails; has an alarm and a step counter; and shows you the weather, as well as, of course, the time. As with all Louis Vuitton products, attractive design was a top priority. 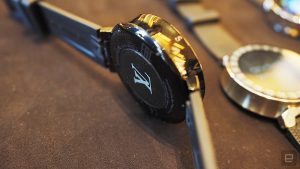 The “My Flight” app lets travelers input their flight information and get all their flight times, delay alerts, terminal and gate information, and the hours left until arriving at their destination. 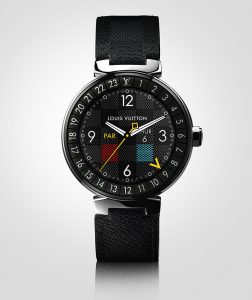 Its “GMT” function also uses the 24-hour display around the rim of the dial to make it simple for you to determine the corresponding time in different cities around the world. And Louis Vuitton has incorporated city guides it previously created for seven different world capitals, using geolocation to provide you with information in real time on nearby restaurants, hotels, historical landmarks, and tourist attractions as you move about. 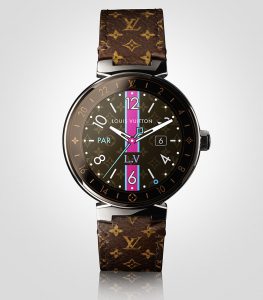 As mentioned, the watch starts at $2,490, and the prettiest of the lot — the black one — goes for $2,900. Most people who buy the analog versions of these luxury watches want them to last for years, possibly decades. A smartwatch, as advanced as it is right now, would likely be out of date in just two or three years. 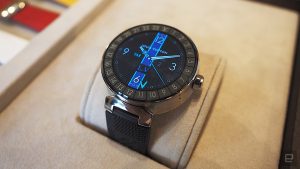