Dominguez, a 25-year-old Instagram model who goes by the handle“baybaddiebrie,” was arrested earlier  at the Edge Hotel in Clearwater, […]

Dominguez, a 25-year-old Instagram model who goes by the handle“baybaddiebrie,” was arrested earlier  at the Edge Hotel in Clearwater, Fla., after attempting to attack police during a nude encounter on the hotel grounds.

She was at the Edge Hotel  when an officer arrived early in the morning on July 5 and “found the defendant to be nude,” a police affidavit says. 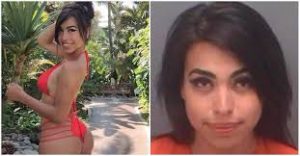 Hotel employees said they told her to leave after causing a disturbance, but she allegedly only pretended to leave and went to another room.

The officer handed her a towel to cover herself up, but that she whipped it around and hit him in the face, according to the affidavit. 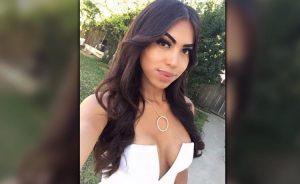 She later allegedly kicked him, gave him a “mule kick” when he was behind her, and tried to bite and spit on him.

The police affidavit says that there was indication that she was under the influence of alcohol.

She was reportedly freed from custody after posting a $10,000 bond.