PUBLISHED JULY 15, 2017 A Canadian lobster fisherman  was tragically killed during a whale rescue off the coast of New […]

A Canadian lobster fisherman  was tragically killed during a whale rescue off the coast of New Brunswick.

Joe Howlett, 59,  was performing the rescue when the North Atlantic right whale made an unexpected move that killed him.

“The whale apparently swam away free from the gear,” Jerry Conway, an adviser with the Campobello Whale Rescue Team, told the news outlet. “The whale responded in a way that ultimately killed Joe.”

Conway did not go into detail about what happened but said rescuers face many dangers, including getting tangled in rope or being tipped or dragged overboard.

Howlett had previously saved some two dozen whales over the past 15 years, making use of his deep knowledge of knots and ropes to set the huge mammals free.

Just a few days before his death, Howlett had helped liberate another north Atlantic right whale in the region, cutting away a fishing line caught in its mouth. 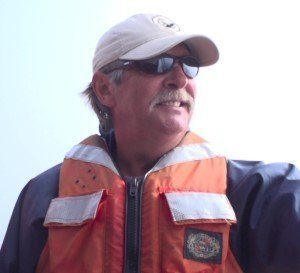 Howlett died at 59 years of age after years of working to rescue endangered marine animals. He was an experienced lobster fisherman who helped start the rescue team in 2002.

In a statement, the federal fisheries department offered its deepest sympathies to the family and friends of the father of two. “Taking part in whale rescue operations requires immense bravery and a passion for the welfare of marine mammals,” it noted. “There are serious risks involved with any disentanglement attempt. Each situation is unique, and entangled whales can be unpredictable.”