On July 14, thirteen containers of slime eels, also known as «hagfish,» spilled onto Oregon’s US Highway 101 causing a […] 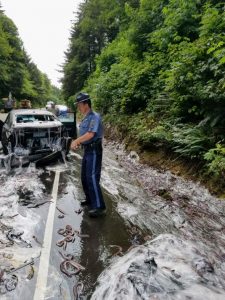 The spill was caused by the truck driver transporting the 7,500 pounds of slimy cargo, hitting the brakes to avoid a construction zone. 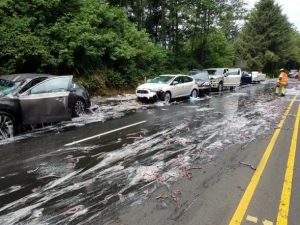 One of the containers struck a car traveling along the highway in the opposite direction, causing a four-vehicle pileup.

Only one driver sustained a minor injury.