Two airline  Algerie  pilots have been suspended after letting a 10-year-old boy sit in Captain’s chair and temporarily take control of the plane. 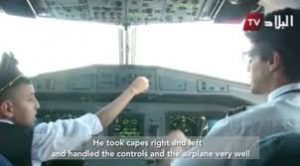 The boy, an orphan whose ambition is to become a pilot, was invited into the cockpit as part of an initiative by a children’s charity, according to local reports.

Before boarding the flight, the pilots gave the young boy a tour of the plane and explained him the functions of the aircraft. 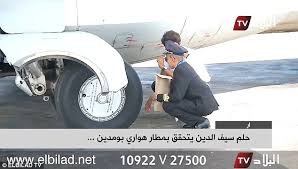 The incident came to the light after the video was released by Algeria’s El Bilad TV. Both the pilots were suspended soon after that. The officials are currently investigating the incident.

In a video of the incident, the young boy can be seen handling the controls and pushing buttons on the flight between Algiers Houari Boumediene International Airport and Setif Regional Airport.

Apparently oblivious to any risks caused during the flight one of the pilots says in the video that the boy “was very disciplined, calm and attentive. I am sure he will make a good pilot.” 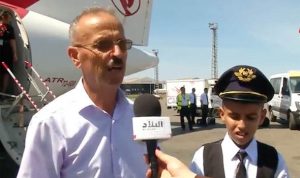 The aircraft ATR 72-600 can carry over 80 passengers can crew. However, how many people were on board during this particular incident has not been ascertained as yet. At least 75 people flying on Aeroflot flight 593, to Hong Kong were killed after the pilot let his teenage son on the flight deck and accidentally turned off plane’s auto pilot mode. The flight crashed into a mountain killing all the passengers and crew on board in 1994.