After her husband, a New York City police officer named Wenjian Liu, was killed in the line of duty in […]

After her husband, a New York City police officer named Wenjian Liu, was killed in the line of duty in December 2014, Pei Xia Chen — who goes by Sanny — knew she was meant to give birth to their daughter. The night he died, she asked if her husband’s semen could be preserved so that she might, one day, have his child. Now, more than two years later, Sanny has welcomed their daughter, Angelina Liu, at Weill Cornell Hospital.

A post on the NYPD Facebook page documents the story of Sanny’s journey to becoming a mother: “I got pregnant through the [in-vitro fertilization] procedure,” said Sanny, “and I told my friend, ‘It’s going to be a baby girl.’ My friend said, ‘No, you haven’t even checked the sonograms,’ but I was right!’” 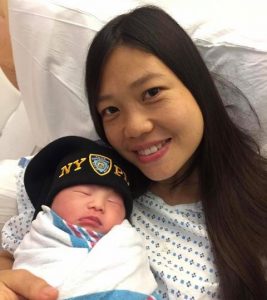 In 2014, Detective Liu, 32, and Officer Rafael Ramos, 40, were shot and killed while sitting in their patrol car in Bedford-Stuyvesant, Brooklyn. The night after Detective Liu passed, Sanny says she had a dream in which he handed her a baby girl. Now, Detective Liu’s legacy will live on through his newborn daughter.

The fallen officer’s family is obviously over-the-moon to welcome this beloved baby girl. 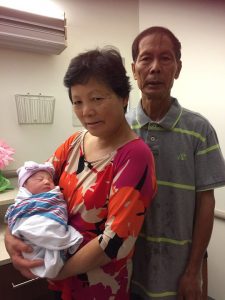 The proud grandma plans to take Angelina to visit Liu’s grave once she’s a month old. “This way, I can tell him he has a daughter,” she said.

Meanwhile, Sanny said she’s looking forward to being able to tell her daughter that her dad was a hero. According to the NYPD’s post, “She is also eager to introduce her daughter to the New York City Police Department that she lovingly refers to as her ‘big blue family.’  No doubt this little girl is so deeply cherished and loved!”