By Krista Miranda The United States wastes billions of dollars a year on food that goes uneaten. The US leads the […]

The United States wastes billions of dollars a year on food that goes uneaten. The US leads the world in waste and this is absolutely ridiculous, and certainly, unacceptable. Especially considering that 1 in 7 people in America are struggling getting enough to eat. It’s important that we make this known to everyone, and start doing something about it as a whole. Fortunately, there are people who are already making a difference, and spreading the word all over America. Rob Greenfield is one of those righteous humans. Using just his bike, and a whole lot of motivation, he travels the country helping people in need. 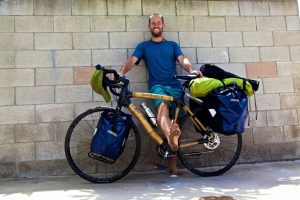 Like many people, Rob’s early goals centered around money, possessions and the pursuit of women. This is pretty typical for people in their early twenties.

After becoming more environmentally conscious, he realized his own actions were contributing to some of the major problems in the world. He knew that in order to see change in the world, he needed to make the change from within. 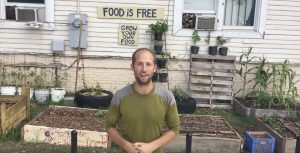 He changed the way he ate, he began to shop local, reduce the amount of trash he produced, and removed harmful chemicals, from his life. He stopped using plastic bags and encouraged others to do so, as well. 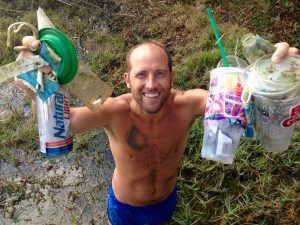 Then Rob realized he needed to make bigger changes. His change needed to hit the road, so others could change, too.

He wanted to make people aware of the waste problem, in the form of dumpster diving. Dumpster diving is the act of taking perfectly good food out of the dumpster and using it to feed yourself, or others. 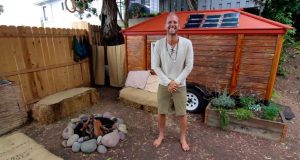 He has jumped in over 2,000 dumpsters in 25 states across America! Almost all of it he has given away to those in need, but he has also lived off of food found in grocery store dumpsters for months at a time. 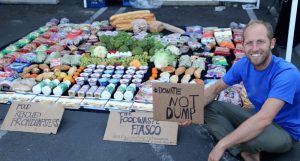 Rob is also a part of the Goodfluence Tour. On his travels, he does good deeds across America. 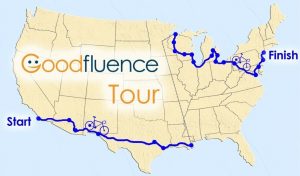 He’s showing people how to live in order to make food free. The way it should be — naturally, from the Earth. 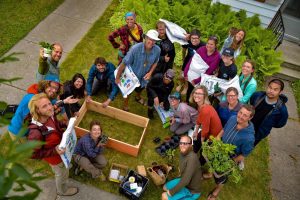 Leading by example, Rob is teaching people how to live sustainably. He shows people how they can live make a difference in regards to food, water, energy, transportation, waste, and consumption. 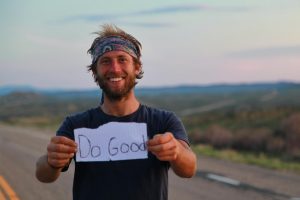 Keep riding, Rob, the world needs more people like you! Thanks for doing what you do!