A family damaged an 800-year-old coffin displayed at the museum Prittlewell Priory in Southend-on-Sea, U.K., after putting a child inside of it to […]

A family damaged an 800-year-old coffin displayed at the museum Prittlewell Priory in Southend-on-Sea, U.K., after putting a child inside of it to snap a photo.

Part of the coffin, which was already in three pieces, fell from its stand and a chunk came off it. 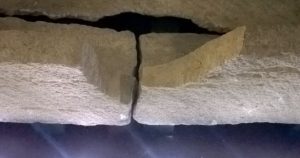 The coffin was already in three pieces and has now been damaged further (Image: SWNS.com)

The sandstone coffin was found in the grounds of the priory in 1921 and had a skeleton inside, which could have been a monk.

The Southend-on-Sea Borough Council, which owns and operates the museum, said in a statement that it has ordered repairs of the coffin, which will cost about $130. 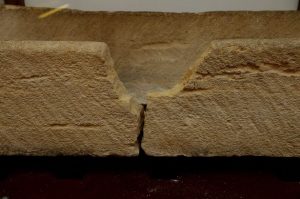 The family did not report the damage to Prittlewell Priory (Image: SWNS.com)

“To prevent future damage we also now feel that the coffin needs to be completely enclosed and the curatorial team are assessing how this can best be done,” said Ann Holland, executive councillor for culture for Southend-on-Sea Borough. 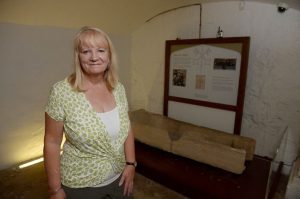 Unfortunately, this isn’t the first time people have damaged a valuable artwork or artifact in order to take a photo. Part of the reason is that modern humans seek to document themselves as participants in every experience they have, rather than just observe the experience, Wayne J. LaBar, president of the board of the National Association for Museum Exhibition, told the The New York Times.