John Lewis, a high-end U.K. retailer, announced it will remove all “girls” and “boys” labels from its children’s clothing and store signs in an effort to stop reinforcing gender stereotypes.

John Lewis is the first major retailer in the U.K. to take this step. 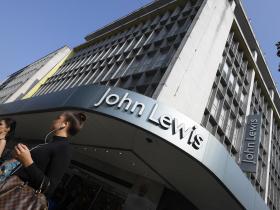 The new labels say “Girls & Boys” or “Boys & Girls,” and will be put on all the store’s brand items for children — from newborn to age 14 — including floral dresses.

School uniform is the only type of clothing that has not yet been switched, but it will do soon.

The clothing style hasn’t changed – you’ll still find floral dresses and skirts, but the retailer is simply proving the point that they can be worn by both girls and boys.

Caroline Bettis, the head of childrenswear at John Lewis, said: “We do not want to reinforce gender stereotypes within our John Lewis collections and instead want to provide greater choice and variety to our customers, so that the parent or child can choose what they would like to wear.”

The John Lewis website still includes boys and girls sections, but this is currently under review and likely to be brought in line with stores.

U.K.-based group Let Clothes Be Clothes praised the change in a tweet.

“It’s fantastic news and we hope other shops and online retailers will now move in the same direction,” the group told The Independent.