Disabled artist was lifted by 20,000 helium balloons for 9 hours inside the Sydney Opera House

Artist Noëmi Lakmaier was lifted off the ground by 20,000 helium-filled party balloons in a colourful gravity-defying stunt. She was […]

Artist Noëmi Lakmaier was lifted off the ground by 20,000 helium-filled party balloons in a colourful gravity-defying stunt. 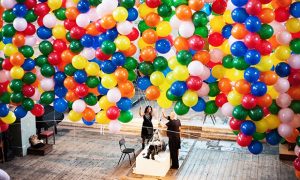 She was held for nine hours by the colourful array of balloons inside the spectacular setting of Australia’s Sydney Opera House. 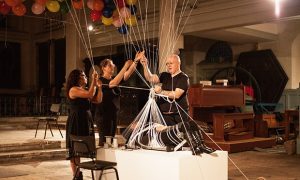 The unusual act was part of the opera house’s Antidote festival and Lakmaier’s performance was called Cherophobia, which means the fear of happiness. 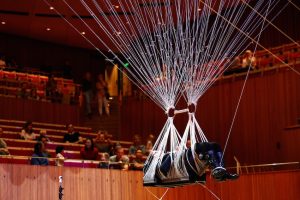 Speaking to ABC news about the exhibition, Lakmaier said: “We’re all supposed to want to be happy, aren’t we?”

The artist, who uses a wheelchair, told Culture24 last year that being suspended in the air and forcing herself to rely on the balloons to hold her up makes her face her fear of not being in control. 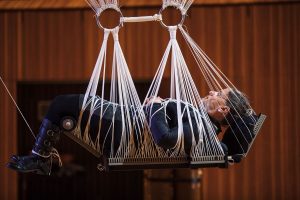 Lakmaier says that the concept for the project originated from her experience as someone who has a physical disability.

It’s not the first time the she was performed the installation, having also done it in London in 2016. However, during that performance, Lakmaier stayed afloat for 48 hours.