Kids with cancer aren’t their illnesses. This camp allows them to be so much more

SEPTEMBER 20, 2017 Camp Ronald McDonald for Good Times, located in Mountain Center, California,  opens its doors, free of cost, to any […]

Camp Ronald McDonald for Good Times, located in Mountain Center, California,  opens its doors, free of cost, to any child who has or has had cancer in their lifetime. Campers can bring a sibling along too, and the camp also offers a Family Camp program for first-time campers so they can bring their whole families. 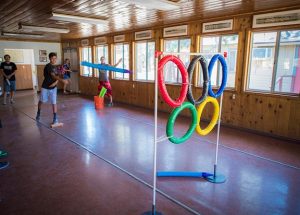 Because families and siblings come to the camp together, counselors often don’t know which children have cancer and which don’t.

Their illnesses are not the focus and that, says Jessica Henke, a volunteer camp counselor, is a great thing for both children with cancer and their entire families. 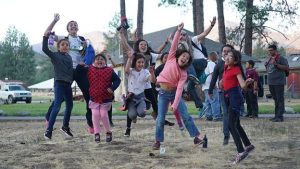 Activities at the camp include everything any other summer camp might have: archery, horseback riding, rock climbing, swimming, arts and crafts, and more. 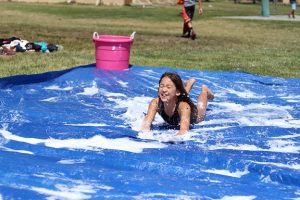 Nights are filled with campfires, dances, and special cabin activities planned by the counselors.

“No matter anyone’s physical limitations, the staff and the volunteers are trained so that they can help everyone participate in everything,” Henke explains. “These kids are given a lot of chances at camp that they may not be given down the mountain.” 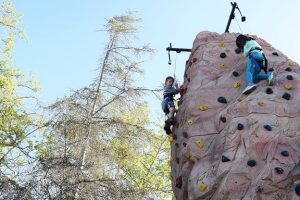 Getting lost in play and forgetting that they are sick, even if it’s just for a little while, means everything.

“There’s no ‘oh, you’re the kid with cancer.’ It’s not part of their identity anymore, and then they’re able to discover who they are outside of that label of cancer,” says Fatima Djelmane, development director of the camp. 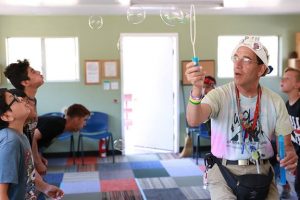 “This is camp. You can be yourself. We will accept you for any way you are. If you want to be loud, be loud! Be crazy!” Henke told one of her campers.

“It really boosts their self-esteem, their sense of self-identity, and their sense of independence, especially for the patient, who is often coddled because the parents are trying to do everything for them,” Djelmane said. 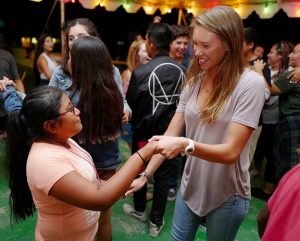 “When they’re at camp, they’re really pushed to develop leadership skills and to take on a lot of responsibility not only for themselves, but for the entire group.”

“We have volunteers who have been coming for 35 years,” she continues. “It’s really an amazing community. The counselors are so connected to each other and to the campers.”

One of those repeat volunteers is Scott Cohen, an employee of Northwestern Mutual and active supporter of the company’s Childhood Cancer Program that has contributed over $15 million to the cause. He’s used his vacation time to volunteer at the camp for the last 11 years.