The entire Royal Family are public figures. That’s why they spend a lot of time in front of everyone during social events, diplomatic receptions, […]

The entire Royal Family are public figures. That’s why they spend a lot of time in front of everyone during social events, diplomatic receptions, or foreign travel. However, despite their openness, there are still many questions people want to be answered.

10. The Royal Family are not allowed to play Monopoly 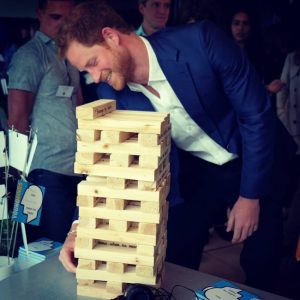 In 2008, Prince Andrew, the Duke of York, told how the Royal Family were not allowed to play Monopoly. It’s all “because it gets too vicious.” 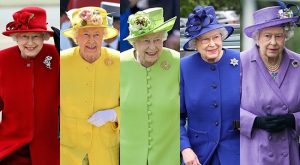 Conservative in dress, Queen Elizabeth II prefers to add a little more color to her clothing. Thus, she often can be seen in public wearing clothes of bright colors: fuchsia, lemon yellow, light blue. “I can’t wear beige-colored clothing because nobody can recognize me like that,” she once explained to one of her staff members. The choice of bright colors for the Queen’s clothes is determined not only by her taste and style but also by the fact that it’s easier to recognize her in a crowd. 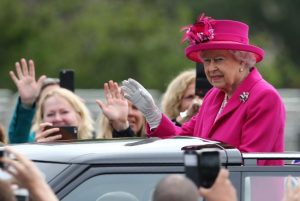 The Queen celebrates 2 birthdays. She has an official birthday that is celebrated on a range of dates in the different countries of the Commonwealth of Nations. The second is her actual birthday: the 21st of April, the day she was born in 1926. The Queen prefers to celebrate her actual birthday privately in her family circle, but the official one is a national day marked by a parade and mass celebrations.

7. Members of the Royal Family have to accept absolutely all gifts Ethics oblige them to accept with sincere courtesy any gifts presented by anyone. The fate of the gifts is decided by the Queen because all gifts belong to the Monarchy.

6. Queen Elizabeth II sets the tone for all meetings 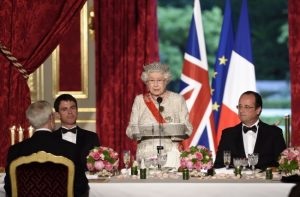 If you are lucky enough to have dinner with the Queen, you have to know that as soon as the Queen finishes her meal, everyone must put down their silverware and stop eating. This rule also applies to all members of the Royal Family.

5. The Queen doesn’t need a passport to travel 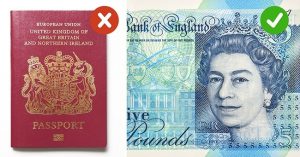 As a British passport is issued in the name of Her Majesty, it is unnecessary for the Queen to possess one when traveling overseas. It will be enough to show a coin or a banknote with her image, but even that is not required in real life. It should be noted that this exception doesn’t extend to other royalty: all other members of the Royal Family have passports.

4. The Royal Family have their own income sources 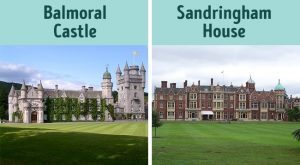 The Royal Family don’t live exclusively at the state’s expense. There are several sources of income: Funding mostly comes from the Duchy of Lancaster. The portfolio of the land comprises commercial, agricultural, and residential properties. The profits from the Duchy of Lancaster go to the Treasury, which then gives funds to the Queen to provide for expenses not covered by the Sovereign Grant. The Queen also owns personal property including Sandringham House in Norfolk, Balmoral Castle in Aberdeenshire, and other smaller houses. The main source of the Queen’s public income comes from the Sovereign Grant — a fixed percentage of the profits made by the Crown Estate that dates back to 1760. According to the law, surplus revenue from the crown’s lands would go to the Treasury and 15% go to the Queen. Other personal goods include the royal stamp collection, art, jewels, cars, horses, and the Queen Mother’s legacy, which all add to her personal fortune.

3. The Queen can drive without a license plate on her state car 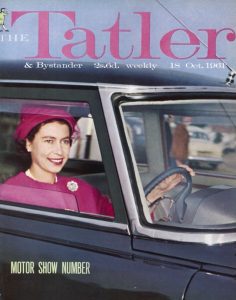 The Queen is the only person in the UK who has this right. Even during World War II, when she served as the mechanic-driver of an ambulance. She’s been driving without a license since then. Eyewitnesses who saw the Queen driving noted that Elizabeth II wasn’t wearing a seat belt.

2. Royals must obtain a marriage license from the Queen 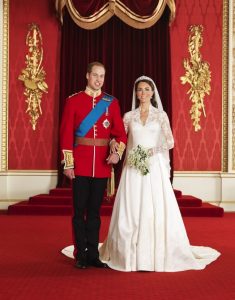 According to the latest revision to the Inheritance Act, the first 6 people in line to the throne aged up to 25 years have to obtain a marriage license from the Queen. If she opposes, there won’t be a wedding.

1. After marrying into royalty, it’s not possible to ascend to the throne 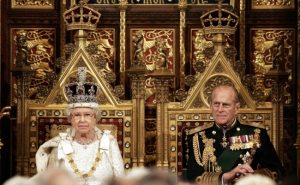 This rule is followed by the Queen herself. Her husband, Prince Philip, is the King-Consort, which doesn’t give him the right to become King. He is a Greek national, therefore he has no claim to the throne. The same is happening with Prince William: if he becomes King, then Catherine, Duchess of Cambridge, will have her title changed to Queen-Consort.