Officer Damon Cole travels across the U.S. and dresses up as superheroes to bring smiles to children and families coping […]

Officer Damon Cole travels across the U.S. and dresses up as superheroes to bring smiles to children and families coping with severe illness.

Texas police officer Damon Cole helps protect the streets of Fort Worth, Texas as a member of the local police department.

But it’s what he does outside of work that has social media buzzing: dressing up as some of today’s most popular superheroes and visiting sick children in hospitals across the United States for the past four years. 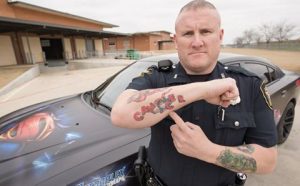 On every costume, Cole makes sure his police department badge and patch is prominent because he believes «every child should know that a police officer is always there to help them through anything» and the best way to do that is by building a trusting relationship with them.

“I have so many special memories with every kid I go see and their family,” Cole said. “…I am blessed to be able to make them smile after going through so much.”

His mission is simple: bring smiles to the faces of kids across the country who are facing their own brave battles and need a little light in their lives. 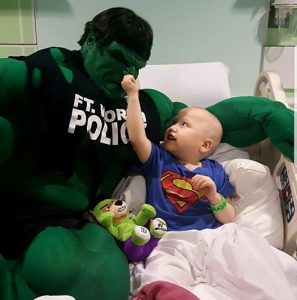 One of the children and moments that have stayed with Cole was when he met a little boy named Matthew.

Cole had learned about Matthew one morning when his parents reached out to the officer and asked if he could visit their son who was in hospice care. Cole dropped what he was doing and drove five hours to see the boy dressed as Batman.

When Cole got there around midnight Matthew was sleeping but woke up when his parents told him Batman was there to see him.

“He was not doing good and had been bed-ridden all week and you can tell the cancer had just worn him out,” Cole recalls. “He used all of his energy to sit up because he said he wanted to sit up next to Batman.”

So Cole and his family sat Matthew up in a wheelchair and the two just talked for a little bit before they put Matthew back in bed. 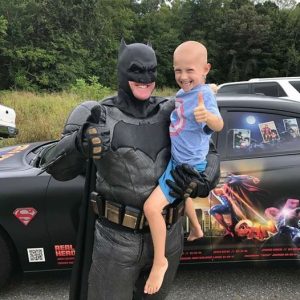 “I’ll never forget this – he looks at me and says ‘Batman, I’m sorry,’” Cole says. “I said, ‘What are you apologizing for, buddy?’ And he goes, ‘I would smile but I just don’t have the energy.’ That’s the only time I’ve been in character and I’ve cried. It killed me.”

When Cole got back to Fort Worth five hours later, he received a call from Matthew’s family saying he had passed away.

“It just kicked me in the gut,” Col says. “They told me they were going to give him a Batman funeral, and I told them they didn’t even have to say a word – just to let me know where and when and I’ll be there.”

“I stayed with him until he was put to rest,” Cole says.

His goal is to travel to all 50 states and Canada to see every child, teenager, adult, anyone that wants to see him in his various superhero forms. 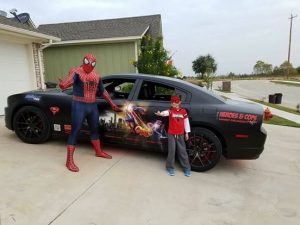 Though Cole doesn’t know where his calling will take him next, or how he’ll get there, he’s going.

«I have learned that one person can truly make a difference,» he said. «And that is my goal every day.»

Anyone who would like Cole to visit a child they know with cancer or any other illness, just needs to email Cole at [email protected], and he’ll be there as fast as he can. 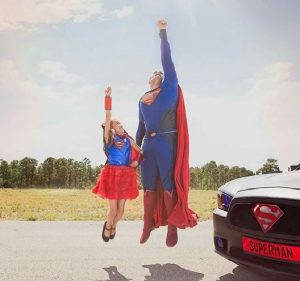