This small town explodes with the weapons of war — flour, eggs, and firecrackers

Every December 28, the small town of Ibi, Spain explodes—with flour, eggs, and firecrackers. The festival known as Els Enfarinats […]

Every December 28, the small town of Ibi, Spain explodes—with flour, eggs, and firecrackers. 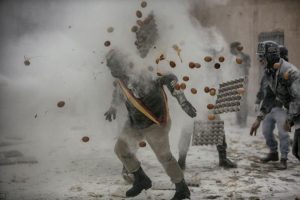 The festival known as Els Enfarinats is a 200-year-old tradition celebrated in December commemorating the Biblical story of King Herod and the Massacre of the Innocents. 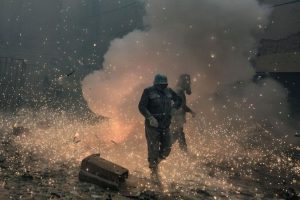 Els enfarinats translates to “The floured ones” in the Valencian language, and for good reason. 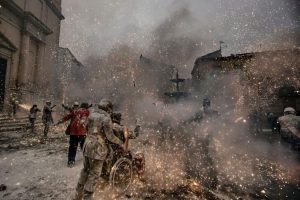 Photographer Antonio Gibotta went to Spain to capture this unique festival on his quest to find obscure celebrations worldwide. 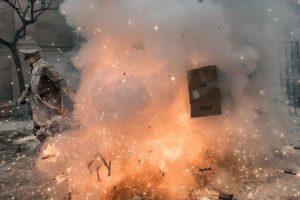 He described the scene of about 30 locals and tourists participating, dressed in military garb, staging a fake coup d’état. 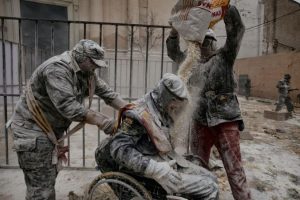 There are two sides to the pretend-battle, Gibotta explains, with Els Enfarinats “declaring and enforcing ridiculous new laws” in the town throughout the day, and the other a sort-of police called “La Oposicio” that «want to keep the order.” 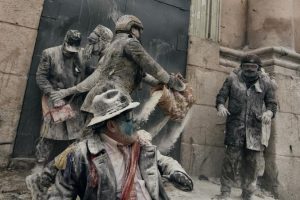 Els Enfarinats even collect fines from those who break their new «laws»— but donate the money to charity when the event is over. 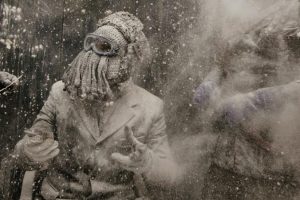 The participants, all men, spend hours acting out these made-up scenes of a city-wide overthrow that finally end in a massive battle where they pelt each other with flour, eggs, and firecrackers. 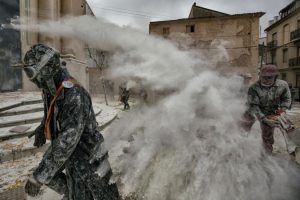 At the end of the day, when the “fight” is over, the substantial cleanup begins. 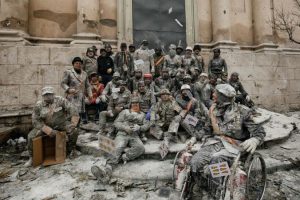