The predictions of famous psychic Jeane Dixon, who met with both Roosevelt and Nixon

Another of Dixon’s more spectacular visions was the one she had at dawn on February 5, 1962. In this vision, […]

Another of Dixon’s more spectacular visions was the one she had at dawn on February 5, 1962. In this vision, she predicted the coming of a new age. Dixon claimed she saw a glowing orb in the vicinity of Earth from which the Egyptian pharaoh and Queen Nefertiti holding a child came out. The child was godlike, with eyes that contained wisdom. Nefertiti left the child on Earth and then returned to her past to the time during which she was killed. According to Dixon’s explanation of her own vision, the death of Nefertiti signified the end of an era. She believed that the Age of the Aquarius was coming, an age in which a new Messiah would be born and eradicate the world from war and violence. This, according to Dixon, was supposed to happen in 2000, but evidently, we still have many wars and much violence, and a new messiah is nowhere to be found.

Richard Nixon was the second president who sought Dixon’s advice. He continued Roosevelt’s tradition and met with her in 1971. In 1972, Dixon foresaw terrorist attacks in the United States just before the Munich Massacre. This reportedly prompted Nixon to form a counterterrorism committee.

Dixon also predicted that the Soviet Union would beat the United States in the race to the moon. She was wrong about this, as she was wrong that World War III would begin in 1958, or that there would be a cure for cancer in 1967. Here are some more of Dixon’s wild predictions: a holocaust would happen in the 1980s and after it, Rome would again shine as it did during the Roman empire, and Nixon would be the best president the United States had ever seen. One thing she did predict correctly was her prophecy about Oprah Winfrey–if this information is accurate. In 2007, in an episode of her show, Oprah said that she had had a meeting with Dixon in 1977. During that meeting, she was told that she would have a huge career and millions of fans. 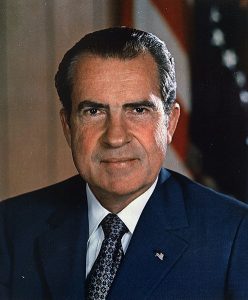 We must admit that in some cases, some of Dixon’s predictions resonated, such as when she predicted a huge shipping accident in 1989 (Exxon Valdez), or the coming of a “great plague” in 1978 (AIDS), but there is something that should be taken into consideration: Dixon made hundreds of predictions during her career as a psychic and most of them were partly true or completely untrue. According to people who did research on her career and followed her statements, she had attracted intense attention and became a prophet-like figure due to the huge help from the media, and she selectively chose her interviews and words just to make sensational news of the prophecies.

This led John Allen Paulos, a leading mathematician who works in the field of probability and logic, to introduce the term “the Jeane Dixon effect.” He explains this effect as a tendency of promoting and accepting a few correct assumptions while deliberately ignoring or forgetting a huge number of incorrect ones.

Dixon, who died in 1997, is probably not the only psychic who has made these or similar predictions, and we cannot say for sure if she really had precognitive abilities (as we can’t confirm this for the others who claim to have the same ability). Nevertheless, guessing what the future will bring us (whether by using special abilities or just by pure logic) is always diverting. Even the skeptics enjoy a good game of speculation and prediction.